Since starting in 2017, Hallmark Publishing has released an impressive number of titles to their catalog, which includes both novelizations of their popular movies and original stories. This year will bring us at least NINE new titles and I couldn’t be more excited to read these new offerings.

This is by no means a comprehensive list, aka these were the only ones I could find via Amazon, so if you have heard of anything else coming this year that’s not mentioned, please send me a message or let me know on twitter and I’ll add it and give you a shout-out of thanks!

From Amazon:
Laid off from her teaching job in the city, Jemma Monroe takes a job teaching in a tiny town and rents a house on the outskirts. A visitor soon shows up at her door—a horse. His owner, a handsome neighbor in boots and a cowboy hat, comes by to collect him.

When single dad Wyatt Langford meets Jemma, it’s the first time he feels interest in a woman since his wife left. But she’s his daughter’s new teacher, so they both know they should keep their distance.

Nonetheless, Wyatt keeps finding excuses to spend time with Jemma, and Wyatt’s daughter becomes more and more attached to her. With them, Jemma discovers the good things about country life, from starry skies to s’mores cooked over a fire. But she still misses her past life in the city. Is there any reason for them to dream of a future together?

Forbidden relationship with a cowboy?? Who also lives next door? Yep. I’m in.

From Amazon:
Jamie always adored True Love Bookstore and Café, and now she’s the owner. But businesses are struggling in her small town, and her beloved store is threatened by a new retail development scheme.

Sawyer, Jamie’s former high school sweetheart, startles her when he comes to town for the first time in fifteen years. She soon learns he’s the architect of the proposed development. Sawyer had no idea that Jamie had bought the bookstore and if he takes it over, he’ll break her heart a second time.

Jamie’s discovery of a box of old love letters and valentines might hold the key to saving her shop. And after all this time, could love be in the cards for Jamie and Sawyer, too?

The Story of Us was one last year’s Countdown to Valentine’s Day movies and Hallmark couldn’t have picked a better writer than Teri Wilson to expand on this story. I can’t wait to see what she does with Jamie and Sawyer.

From Amazon:
Jenny always dreamed of getting married at Heart’s Landing. But when she finally visits the charming small town, she’s there to make wedding arrangements for someone else: her cousin, who also happens to be her boss and a famous movie star. To keep the event secret and avoid a media circus, Jenny pretends she’s the one getting married.

Nick is intrigued by this bride-to-be who starts visiting his bakery every afternoon for sweet treats and conversation. He has to keep reminding himself that she’s already spoken for.

As Jenny deals with her cousin’s ever-changing demands, she tries to hide her attraction to Nick. Planning this wedding couldn’t be more complicated…and what will happen once the truth comes to light?

AH! Secret identities and forbidden romance. I WANT THIS NOW. Also, this seems to be part of a series, as you will see below. I’m ready.

From Amazon:
When Kim’s agent gets her the job of writing Trent’s autobiography, she almost balks. The charismatic founder of his own outdoor clothing company dumped her when they were in college. But she needs the money.

Trent’s been so busy lately, he completely forgot he was supposed to be writing a book, and the draft is due soon. He wants Kim as the ghostwriter: she’s experienced, and she was always smart and hard-working. They can keep things professional, right?

In funny and touching ways, the project gives them a fresh perspective on the past. But will they both have the courage to start a new chapter in life?

From Amazon:
Tara Stewart’s boss at Weddings Today magazine sends her to Heart’s Landing to debunk its romantic legends. This could devastate the many local businesses who cater to weddings, from Forget Me Knot Florist to Dress for a Day.

The locals convince Jason Heart, the handsome descendant of the town’s founder, to show Tara around the town. But can he persuade her to believe in the romance?

This is Book Two of the Hearts Landing Series, the first being A Simple Wedding, detailed above. Stories featuring “save the _________” are not really by jam, but I’d be into this if we get to meet these characters in A Simple Wedding.

From Amazon:
Tony Sanchez, a celebrity chef, comes home to help with his niece’s quinceañera—a traditional big celebration for her fifteenth birthday. He meets up with Sara Kelly, an old friend’s baby sister, who’s now running a restaurant in South Beach. Attraction flares between them.

But Sara is enlisted to cater another quinceañera—for the girl who’s his niece’s rival. Many prominent families will attend, and Sara sees it as an opportunity to get more business for her restaurant and cement her reputation as a talented local chef. But Tony wants his niece’s celebration—and his own talent—to outshine the rest.

Can competing chefs teach each other a few lessons about cooking, culture—and love?

RIVALS AND QUINCEAÑERAS?! YES, PLEASE AND THANK YOU.

From Amazon:
Josh tells himself he’s the luckiest guy in the world. Living on his sailboat and taking tourists on occasional chartered trips, he’s not tied down to routines and responsibilities. He even named his sailboat “Solitude,” because that’s what he enjoys much of the time.

Danae just got promoted at her boat manufacturing company, and she can’t wait to put all her plans into action. However, her boss directed her to set up a week-long sailing trip with her work team as a bonding experience.

At first, Danae isn’t completely on board with Josh’s laid-back approach to the tour. But over days of deep-sea fishing and visits to quaint New England towns, she and Josh start to see each other’s true colors…and Josh begins to question his solitary life.

There is absolutely zero chance that I won’t think of Chris McNally the entire time I’m reading this. I blame Sailing Into Love.

From Amazon:
Kate Taylor knows what she wants in life: to one day run her family’s candle business, which is at the heart of the close-knit community of Bayberry, Vermont. But the company isn’t doing well.

Wesley Adams is on the fast track to be an assistant vice president at his financial firm in Manhattan. Before the promotion is announced, he’s sent to this small town from his past to do an analysis of the candle company.

He doesn’t expect to bump into his childhood crush, Kate, and when he does, sparks fly. As he spends time in Bayberry, he falls for the town’s Christmas traditions—and for her. But he has a responsibility to submit an honest report. Will it extinguish Kate’s dreams…along with any chance they have for a future together?

Second-chance romance AND “save the _____”?? Meh. But in fairness it’s written by Jennifer Faye, who’s last name is almost identical to mine, so I trust her implicitly. This will end up being a favorite, I can guarantee it.

From Amazon:
Darby Piper is in shock. Samantha Porter—her mentor and business partner at Two Girls Detective Agency—has died in a car crash, and it doesn’t look like an accident. In fact, evidence is pointing toward Darby.

Darby had expected to inherit Samantha’s half of the agency, but Samantha had recently changed the will to leave it to Tate Porter, her nephew, who returns to town.

Tate is no P.I. He’s a veteran, a world traveler, and something of a mystery himself. But as he helps Darby delve into secret histories and real estate development plans, he does seem to have a knack for the job. Will the agency have a future…even if Darby can prove her innocence in time?

Hallmark Publishing has been knocking it out of the park with their cozy mysteries so far, so I have no doubt this will be another fun read. My only complaint is that I have to wait until October (!!) to read it.

Which one are you most looking forward to?

Book Review: The Book of Candlelight

This site uses Akismet to reduce spam. Learn how your comment data is processed. 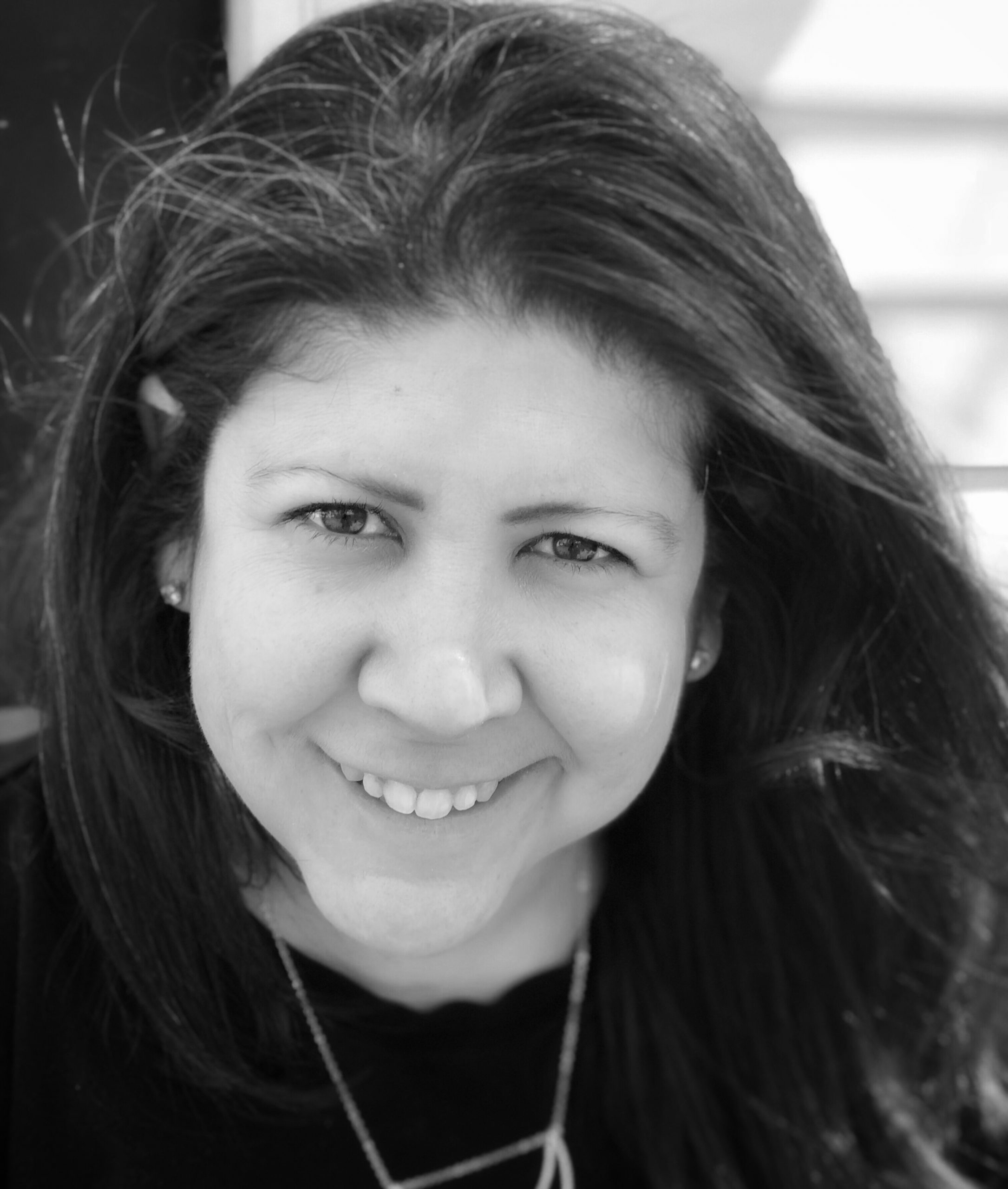 Hi, I’m Lisa. I'm a former athletic trainer, turned graphic designer who likes dressing for comfort and shouting about the books I love online. Nice to meet you. 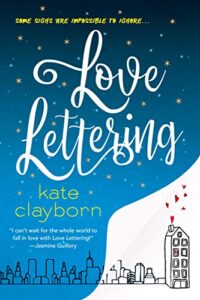 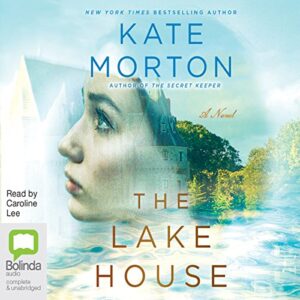 Y’all, This Book is a participant in the Amazon Services LLC Associates Program, an affiliate advertising program designed to provide a means for sites to earn advertising fees by advertising and linking to Amazon.com.

EEEPPP- just got this in the mail! 🤩 Thank you

Taking advantage of the tiny pockets of wilderness

In times of uncertainty, having a paper planner se

I love these half-sheets from @the_happy_planner t